Tarragon Outpost is an abandoned tower near Tir Gire. It has many holes and is structurally falling apart.

Before Tir Gire was founded, leaders of Minos felt the need to better understand the area near the (now destroyed) Tibald mountain range. Newfound prosperity allowed them to take financial risks. In 180 AT, they had a large tower built, to house supplies and soldiers. They protected and observed the area around them.

Shortly after The Collapse, a number of smaller meteors hit the landscape around the world. One of these meteors hit Tarragon Outpost, which rendered it structurally useless. The area around the meteor site has been unable to sustain wildlife for over 200 years.

Adventurers say that if you enter a well that is on the grounds, you will find a cave lit brightly with lava. 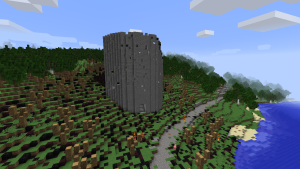 Tarragon Outpost after it was destroyed. 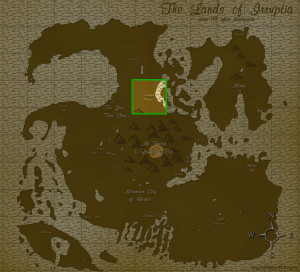